SORNA is Not Retroactive

The Pennsylvania Superior Court recently decided the case of Commonwealth v. Fernandez.  In Fernandez, the Pennsylvania Court held that the government cannot impose heightened, retroactive sexual registration requirements on Defendants who violate their probation.  The case effectively bars the government or judiciary from retroactively imposing the increasingly stringent registration requirements of SORNA.

In Fernandez, the Defendant pled guilty to crimes that, at the time, did not require registration as a sex 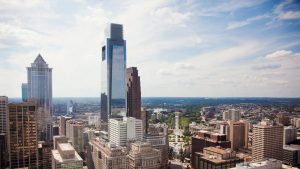 offender in Pennsylvania.  In the State of Pennsylvania, the government typically requires individuals sentenced to more serious offenses to publicly register their names and current address in sex-offender databases such as the Megan’s Law Database  In Philadelphia, an individual who is sentenced to a sex-offense is often assigned to a special “sex-offender” probation.  This probation is more intensive, and may prohibit the defendant from viewing pornography, living with children, and may require outpatient and/or inpatient treatment.  Sex-offenders are often viewed very negatively by the criminal justice system at large.  For these reasons, it is critical that any person charged with a sex offense have an aggressive advocate ready to fight for their rights and litigate their case.  In sex-offense cases it may be particularly useful to demand a jury trial and force the government to prove their case beyond a reasonable doubt.   An overwhelming number of sex offense cases are won at trial because there is often little evidence against the defendant.  In many such cases it comes down to a “he said / she said” trial wherein little additional evidence exists.  In the absence of DNA, corroborating witnesses, or other evidence of a crime the government may have difficulty proving their case.

Case Study: Commonwealth v. A.W.  Defendant received six years probation for felony sexual assault charges.  The original offer on the case was five years imprisonment.  Copoulos took the case to a jury trial, ultimately hanging the jury after more than one week in trial.  Following the hung jury the government change the offer from five years imprisonment to six years probation.  Defendant accepted the offer and avoid going upstate, instead reporting to probation on a monthly basis.

Incredibly, the Pennsylvania Court of Common Pleas ordered that the retroactive application of SORNA requirements was legal.  However, the decision was overturned by the Pennsylvania Superior Court.  The Superior Court ruled that the government cannot impose heightened sex registration requirements simply because the defendant violated his probation.  To do so would effectively change the original terms of the plea agreement entered into between defendant and the government, and would constitute a breach of the negotiated guilty plea.

According to the Pennsylvania Superior Court, the plea entered into between defendant and the government at sentencing is, “contractual in nature and is to be analyzed under contract-law standards.”  There was nothing in Fernandez’s original plea deal that referred to sex-offender registration.  Therefore, requiring Fernandez and similarly situated co-defendants to register as sex offenders following a violation of probation was a breach of the original plea bargain entered into for consideration of the guilty plea.

The basic takeaway from the Fernandez case is that the government cannot force a defendant to retroactively register as a sex-offender under SORNA simply because he violated his probation.  The case applies particularly to offenders who were sentenced to periods of sex-offender registration from April 22, 1996 to December 20, 2012.   See 42 Pa.C.S.A. Section 9799.52. 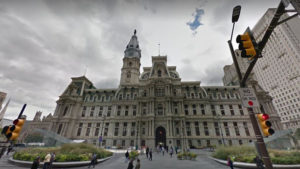 The Fernandez Court further held that enhanced, retroactive registration conditions such as adding requirements for frequent in-person report and the publication of an offender’s personal information online may be violative of the original agreement.  While the court hesitates to directly address whether heightened classification and requirements was permissible, the Court expressed disapproval of breaching and/or changing the terms of a negotiated guilty plea simply because defendant has violated his probation.  This may mean that applying heightened supervision requirements on sex-offenders for technical violations of probation may be unconstitutional.  Speak with an attorney about contesting sex-offender violation of probation charges and or lifting a detainer in Philadelphia, if you have been violated while on sex-offender probation.

The Fernandez decision is critical to any defendant who has been charged with a sex offense in the past twenty years.  The holding effectively ensures that individuals who are on probation or parole for a sex offense, and violate the terms of their probation or parole, cannot be subjected to retroactively heightened sex-offender registration and reporting requirements under the recently implemented SORNA.

If you have been charged with a criminal offense, contact the Law Office of Mark D. Copoulos for a free consultation of your legal matter.  Our aggressive attorneys will work with you side by side, to ensure that case law like Commonwealth v. Fernandez is applied the factual circumstances surrounding your own legal matter.  We will work tirelessly from preliminary arraignment to trial to obtain the best possible outcome, and to ensure that you and your loved ones are treated fairly by the criminal justice system.  For a free consultation, contact Mark D. Copoulos at 267-535-9776.  Our firm often handles matters for flat-fees and reasonable up-front rates.