Do I Have to Talk to the Police?

SHOULD I TALK TO THE POLICE?

Many individuals mistakenly assume that because the police engage them in conversation they must answer questions.  This is not true.  The Fifth Amendment of the United States Constitution and Article 1, Section 8 of the Pennsylvania Constitution guarantees a right against self-incrimination.  Succinctly stated, this means you do not have to talk to the police if you do not want to.  If you are being investigated in a criminal matter, it usually is not in your interests to talk with the police.

The Fifth Amendment of the United States Constitution guarantees a right against self-incrimination.  According to the Fifth Amendment, “No person… shall be compelled in any criminal case to be a witness against himself, nor be deprived of life, liberty or property, without due process of law…”  The United States Supreme Court has construed the Fifth Amendment to include police questioning.  Thus, if you are being questioned by the police you have no obligation to answer, give a statement, or have a conversation.  If you are facing potential criminal charges, talking to police is usually a bad idea.  Everyone has heard the Miranda Warnings, which remind a suspect that anything you say to the police may be used against you.  Therefore, even if you think you are helping your case by talking to police, it may backfire if your statement is used later at trial to impeach your credibility.

IF THE POLICE HAD “PROBABLE CAUSE” YOU WOULD BE ARRESTED ALREADY

It is also important to remember, that if the police had probable cause you committed a crime, they would have already effectuated an arrest.  Some people think that in giving a statement to police it will stop them from filing criminal charges.  Often the exact opposite is true.  The police may use their conversation with you to establish probable cause that you committed the crime.  If they already had probable cause they would probably have arrested you, and would not be asking you to give a statement.  Therefore, anything you say to the police in such a situation will most likely be used to build a case against you.  Many defendants I have represented would never have been prosecuted if they declined to give a statement to the police at the outset of an investigation.

If the police call you and want to talk, the critical question is whether they have a warrant.  While you NEVER have an obligation to talk with the police, if they have a warrant you may have to turn yourself in.  If the police have no warrant and are merely asking you to come down for a statement, you have absolutely no obligation to comply with their request. In fact anything you tell them may be used against you in a court of law.  If the police have a warrant for your arrest, they will eventually send officers to look for you and act on the warrant. Therefore, it is probably best to turn yourself in and retain a Philadelphia criminal defense attorney to dispute the charges against you. 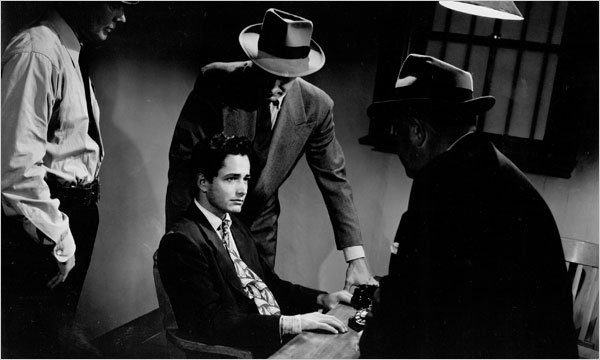 DO I HAVE TO TURN MYSELF IN ON A WARRANT?

The best way to coordinate a turn-in with the Police is to retain a Philadelphia criminal lawyer.  The lawyer will contact the police department and schedule a turn-in date and time.  Following the turn-in your lawyer may be available for the preliminary arraignment.  At the preliminary arraignment the judge will set your bail.  If you can post your bail you will be released pending the outcome of your criminal charges.  Note that while the police may compel you to turn yourself in, they cannot compel you to speak with them or give a statement.  In situations where you feel inclined to give a statement, it would probably be best to go to the station with an attorney.  You have a right to counsel when giving a statement.  Thus, your attorney can be present to make sure you do not say anything that may be potentially self-incriminating.  In summation, it is usually best to avoid contact with police unless necessary.  If necessary, get a lawyer to handle the situation for you.

DOES IT EVER MAKE SENSE TO TALK TO THE POLICE AS A SUSPECT IN A CRIMINAL INVESTIGATION?

It is important to remember, that if the police had probable cause you would be arrested already.  Anything you say to the police cannot help you, but may be used against you in a court of law.  For this reason it is usually best not to talk to police.  But there are exceptions to every rule.  In some cases where the police have expressly stated they are not going to prosecute, it may make sense to cooperate and close an investigation.  These situations are rare but do occur.  For this reason you should call a Philadelphia criminal defense attorney immediately if you are contacted by the police about a pending criminal investigation.  Often times your lawyer may be more independent minded and clear-headed.  They may offer a perspective that you cannot see because of the subjective threat of incarceration. 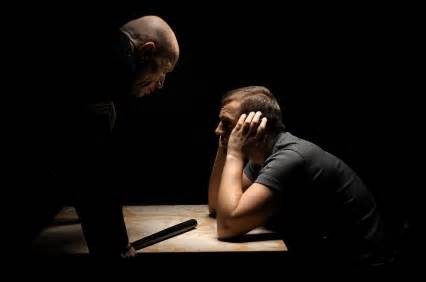 RETAIN FIFTH AMENDMENT COUNSEL BEFORE ANY CONVERSATION WITH POLICE.

While it usually does not make sense to speak with the police, your first call should always be to your lawyer.  Talk about the pros and cons of speaking with the police. If talking to the police makes sense then have your lawyer coordinate the sit-down. Your lawyer can be present at this meeting as well.  By involving an attorney you ensure that your due process rights are protected, and you have an independent, impartial advocate evaluating the questions and demands being placed on you. This can be the difference between helping or hurting your case, or any pending investigation, and may stop a criminal matter from being prosecuted altogether.

For more information, or to speak with a Philadelphia criminal attorney, contact the Law Office of Mark D. Copoulos at 267.535.9776.