Robbery is a serious offense in Pennsylvania.  Individuals charged with the crime of robbery often face incarceration, unlike many defendants charged with non-violent offenses.  With so much at stake, it is critical you examine all defenses to a robbery charge.  This blog highlights some defenses that may be available to you if you have been charged with robbery.

Mark D. Copoulos, Esquire has successfully resolved thousands of cases in Philadelphia with excellent results.  Copoulos has experience successfully negotiating and trying robbery cases.  Copoulos is an aggressive and zealous attorney who will help you win your case.  If you are facing criminal charges, call Mark D. Copoulos at 267-535-9776 to schedule a free no-obligation consultation.

WHAT IS A ROBBERY?

A robbery is a theft with use of force, however slight.  Robbery is graded as a felony offense, but the gradation may vary depending on the level of force and other factors.  Copoulos has successfully defended felony three, two, and one robbery charges.

There are different subsections of robbery.  Robbery may involve inflicting serious bodily injury upon another (very serious), threatening another with fear of immediate serious bodily injury, threatening or committing another crime while committing a theft, inflicting injury upon another in the course of a theft, or even physically removing property by slight force.  While a theft is always involved in a robbery, the degree of force used often affects the grading.  Robberies committed with substantial force carry higher maximum sentences (up to twenty years) and often negotiated pleas with jail time.  Robberies with less force (i.e., purse snatching) carry maximum sentences of incarceration up to seven years, and may be resolved with a negotiated plea to house arrest or county time.

One consideration in many robbery cases is a lineup motion.   If the complaining witness has not previously identified the defendant before the first hearing of the case, a lineup motion may be appropriate.  If the judge grants the motion, then the complainant will be taken to Curran-Fromhold Correctional Facility (“CFCF”) and asked to pick the defendant out of a group of six people.  The defendant and his attorney can assist in choosing the individuals for the lineup.  Obviously, if the robbery victim does not identify the correct individual at the lineup motion, then the defendant may have the case dismissed at the preliminary hearing.  The DA may also nolle prosse the case if the defendant is not correctly identified.  Speak with a Philadelphia criminal defense attorney about litigating a lineup motion in a Philadelphia robbery case.

In many robbery cases, the state’s sole evidence is the complaining witness asserting the defendant committed the crime.  In such cases, it may make sense to retain an expert witness.  Many expert witnesses are available to testify to the inherent unreliability of in-court identification.  Your attorney should also closely review relevant police paperwork such at the 75-229, 75-49 and other documents.  In many of these documents there are descriptions of the defendant when arrested.  Many of these descriptions fail to match the complaining witnesses descriptions when made on the stand. Moreover, many of these descriptions are made half-hazardly and are consequently inaccurate.  This can be used to the defendants’ advantage in defending a robbery case that relies on an in-person identification.  It may also make sense to canvas the crime scene for other witnesses and/or video surveillance.  Video surveillance may discredit the complaining witness and/or police reports that were made during the incident.  By affirmatively building your case with evidence in the form of expert witnesses, other eyewitnesses or available witnesses, and video surveillance you may be able to thoroughly disprove or discredit the Commonwealth’s version of events. A skilled Philadelphia Robbery lawyer will use the evidence at their disposal to challenge the government’s version of the event.

Robbery requires the use or attempt to use force.  In many cases, defendants are charged with robbery where no one is harmed. This is counterintuitive to the general understanding of the crime, but may technically be a robbery.  For example if someone grabs your iPhone on the subway, and the iPhone is in your hands, then they have used force to commit a theft.  Therefore, they may be charged with robbery.  However, a sympathetic judge at a preliminary hearing may find that the act committed was actually a theft (often graded as a misdemeanor) rather than a felony robbery.  Note that felony robbery can carry up to 20 years in prison.  On the other hand, a misdemeanor offense may carry a 3 or 1 year maximum sentence.  Speak with an attorney about attempting to downgrade a robbery charge where the force used is de minimis or insubstantial. 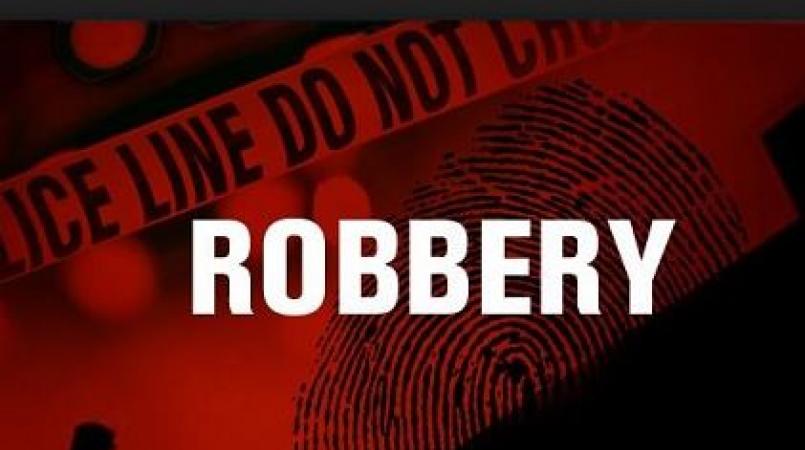 RETAIN AN EXPERIENCED ROBBERY LAWYER TO FIGHT THE CASE

Philadelphia robbery charges are serious.  Unlike many misdemeanor offenses, they often carry lengthy prison sentences.  The more serious the potential consequences, the more important it is that you speak with a qualified attorney to handle your case.  While many cheap criminal lawyers may attempt to negotiate a plea deal, Mark Copoulos is committed to winning the case.  If the case cannot be won, then maximum pressure should be placed on the Office of the District Attorney to offer probation or a non-prison disposition such as house arrest.  The defendant may also be eligible for release from custody (if currently incarcerated) on a Rule 600 Prompt Trial motion, or a motion to reduce bail. To speak with a qualified Philadelphia Robbery lawyer, call Mark D. Copoulos at 267.535.9776.  Your future may depend upon it.

Mark's Profile
<< PreviousDo I Have to Talk to the Police?
Next >>Four Methods to Get Defendant out of Prison