What is a Preliminary Hearing?

WHAT IS A PRELIMINARY HEARING?

Many felony cases can take years to resolve.  Given the seriousness, the courts use the preliminary hearing to screen out cases that may not be worthy of government prosecution.  It is basically an opportunity for a judge to review the facts, and confirm that there is a basis for criminal prosecution. 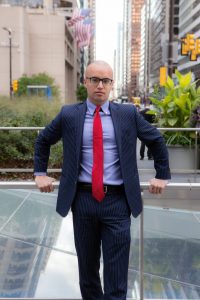 The burden of proof at a preliminary hearing is a prima facie case, or loosely stated, more likely than not.  All inferences are given to the government, and credibility is not at issue.  What this means is that the judge is not supposed to weigh whether he believes the complaining witnesses, he is merely supposed to evaluate their testimony and ascertain whether the conduct alleged rises to the level of a criminal act.  Many defendants get frustrated when their cases are held for court.  However, it is important to remember the preliminary hearing is not a trial.  All it is a chance for the judge to hear the facts and get additional information.

The preliminary hearing is an opportunity for the defense attorney to gather evidence.  In Philadelphia, a private attorney will be provided a PARS report or police report that establishes the purported basis for the arrest.  It is also a chance for the criminal lawyer and government to speak.  Sometimes a resolution can be negotiated at a preliminary hearing to avoid the time and expense of a lengthy trial.  For example, if the defendant is eligible for a rehabilitative program he may agree to waive the preliminary hearing in consideration for admission into Accelerated Rehabilitative Disposition (“ARD”) or a similar program.

HEARSAY ADMISSIBLE BUT NOT TO PROVE ALL ELEMENTS OF THE CASE

Given the purpose of a preliminary hearing, which is to substantiate criminal allegations, the government is allowed to use hearsay.  However, hearsay alone cannot 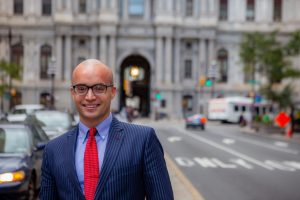 be used to make out a prima facie case.  Hearsay is an out of court statement offered to prove the truth of the matter asserted.  For example, if an individual has a conversation with someone on the street, the other person’s statement would be hearsay if repeated in court.  The rule is intended to encourage in-person testimony.  In-person testimony is preferred because the belief is that in-person testimony can be assessed for credibility. At a preliminary hearing the government can use hearsay.  But it cannot use only hearsay to prove its case against the defendant.  See Commonwealth v. Ricker.  In other words, some direct evidence must be admitted at a preliminary hearing to hold the case for trial.  A good criminal lawyer may argue that the government has only used hearsay, and therefore there is insufficient evidence to hold the case for court.

GETTING A CASE DISMISSED AT THE PRELIMINARY HEARING

You can also get a case dismissed at a preliminary hearing if the defendant is wrongfully charged.  Our office has been successful in dismissing many weak cases from the outset of litigation.  For example, if the evidence against you is insufficient to make out a prima facie (more likely than not) standard, you may have a great opportunity to beat your case at the preliminary hearing.

USING THE PRELIMINARY HEARING TO YOUR ADVANTAGE

Another consideration at the preliminary hearing is whether charges can be downgraded.  Sometimes the government overcharges a defendant.  A defendant gets into a fight, and is charged with Aggravated Assault (a felony offense), instead of Simple Assault (a misdemeanor offense).  Other times the government overestimates the value of items seized and charges the defendant with a higher grade of theft than appropriate.  An argument can be made to the judge at a preliminary to downgrade the charges and/or remand the case to Municipal Court.  In my experience, this is a particularly effective method of using the preliminary hearing to the defendants benefit.

DO I NEED A LAWYER FOR A PRELIMINARY HEARING

Some criminal defendants will opt not to hire an attorney until after the preliminary hearing.  Their reasoning is that they may have limited funds, and do not want to hire an attorney for a formality.  According to their logic, it is better to bring in a lawyer for the trial.  While there may be some savings associated with this practice, in my opinion it is the wrong move.  When used properly a preliminary hearing can setup the entire case for success.  Your lawyer may succeed in lowering the bail, getting charges dismissed, learning about the case, and getting police paperwork in advance.  This can be critical to the successful disposition of your case.  Therefore, it does not make sense to get a lawyer after the preliminary hearing.

BAIL MOTIONS AFTER THE PRELIMINARY HEARING

Another way to use the preliminary hearing to your advantage is to make a bail motion.  If the defendant is in custody, this may be the first chance to argue bail before a judge rather than a commissioner.  The judge has just heard the facts of the case, or perhaps the government was not ready to proceed.  Accordingly, the judge may be receptive to an effectively argued bail motion and / or and argument to have the defendant placed on house arrest.  Even if the bail is astronomical, a judge may consider ordering a sign on bond (“SOB”) bail, with the condition of house arrest.  This is increasingly common in Philadelphia, as many judges are opposed to incarceration, except where the defendant is a threat to society.  Accordingly, if the defendants bail is excessive he may get it lowered at a preliminary hearing to an amount that can be paid, or get house arrest if he cannot afford to pay it at all.

There is very little to lose at a preliminary hearing and much to gain.  In my years of practice, I have only seen one defendant jailed at a preliminary hearing who was on bail.  Bail is very rarely raised and many times it is reduced.  It is a chance to get more evidence about your case, argue for charges to be downgraded and/or dismissed, and gather police reports and speak with the District Attorney.  For all these reasons, it makes little sense to waive a preliminary hearing. Further, you should have an experienced and aggressive Philadelphia criminal defense attorney at your Hearing to make sure you take full advantage of the benefits it provides.

If you have been arrested and charged with a felony, call Mark D. Copoulos, Esquire.  He has successfully maximized the preliminary hearing stage of criminal cases since he opened his firm in 2011.  Do not waste this opportunity to challenge the government’s evidence, learn more about your case, and argue for dismissed and/or a downgrade the criminal charges.  Call now for a free consultation.  Our office can be reached at 267.535.9776.

Mark's Profile
<< PreviousPhiladelphia ARD Program
Next >>Do I Have to Talk to the Police?